Osamu Uehara is Assistant Director, performer, costume designer, graphics designer, sound mixer for “Them”.  He has a BA in Music/’Theatre/Physic/Mathematics from Cornell University and a MFA in Dance from NYU’s Tisch School of the Arts.  He danced with numerous classical companies including Berkeley Ballet Theater, Berkeley Conservatory Ballet and was with New York Theatre Ballet for 10 years. He worked with many choreographers including Andrew Jannetti, Mark DeGarmo, Barry Martin, Wendy Osserman, Patricia Nicholson Parker, Sasha Spielvogel,  He was invited to teach Cecchetti Method and Bournonville repertory at the Compagnie de Dance Hallet-Eghayan in Lyons, and at the Academy of Performing Arts on Cape Cod. The original Company Associate for Chen & Dancers, he is currently Artistic Associate for the American Ballet Russe, managing Director of NYC’s Folk Dance Theatre and an Associate Director of BernierDance.  He staged the works of H.T. Chen, Ruby Shang and Donald Mahler, and assisted Cindy Bernier, FDT’s Barbara Hazlett, and PAE’s Evelyn Gardell, and staged full length productions of many ballets among them La Bayadere, Le Corsaire, Sylvia, Sleeping Beauty, Swan Lake, Giselle.Trained as a musician and schooled in lighting and theatrical design, he also handles the costuming, music editing and technical requirements of his companies.  He has provided costumes and properties for ABR, PAE, FDT, BernierDance, Mark DeGarmo, Wendy Osserman, Kathryn Posin, and many others.   He has become increasingly involved in administration. Currently the grants liaison for PAE, he was also a co-curator and lighting designer for Bernier Dance’s annual CT Meets NY Dance Fest and Artists for Peace. 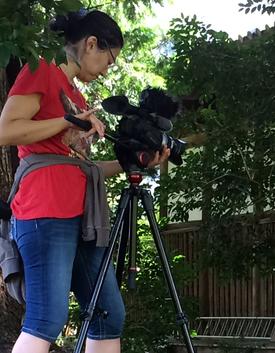 Yuko Takebe is the filmmaker for “Shadows of Hiroshima” which is included in “Them” and was conceived and choreographed by Janet Aisawa.  She first worked with Aisawa filming “Generations: a Lifetime in Dance in 2012.  She is a graduate of the MFA program in filmmaking at Columbia University, New York City. She has made eleven short films ranging in style from narrative, documentary, and experimental in Japan and the United States. She has also written scenarios for opera and dance productions and has collaborated with many different artists. She made short experimental films for contemporary classic composer, Ana Milosavljevic which have been shown in NYC since 2010.  As a co-creator, she helped develop TAKE Dance’s full-evening performance of “Salaryman”, held at Dance Theater Workshop in May 2011. She made an underwater film, screened during the show, and also produced a DVD for the company promotion.  In 2012, Yuko collaborated with Italian visual artist, Vittoria Chierici and Serbian violinist/composer, Ana Milosavljevic on the multi-media project, “Luci in the Sky” which premiered in Budrio, Italy, and was also performed at Tribeca New Music Festival, 2012. She created a Sakura video which was screened as a background at the World Doctors Orchestra’s Tohoku Earthquake Relief Concert in Fukushima, Japan, 2013. In October 2015 her dance film “Merry-Go-Round” with Kristin Hatleberg was screened at Liz Lerman Dance Exchange in Washington DC.  Yuko’s artistry intimately explores the psychological depths of the human experience through metaphorical storytelling with her visual images. 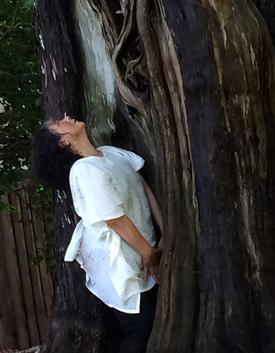 Mayumi Isshiki began her career as a choreographer, teacher, and dancer by founding Group You, a modern dance company in 1972 in Aichi, Japan. She is known for improvisational and artistic collaborations. She initiated artistic experiments in improvisation in both solo and dance groups with dancers as well as musicians. She has been invited to dance and collaborate with choreographers such as S. Kudou, in Tokyo and Min Tanaka in Hokuto.  She performed extensively through the sponsorship of the Dance Maker’s Society of Japan.  Mayumi performs both on stage and in nature.  Her love of nature is expressed in many of her dances such as “A Moment for Flowers” (1997),  “Touch the Light” (2005), and  “Theater of Wind Dance” (2008).   From 1988 through 1992 she was the Artistic Director for BUYUTEN, an experimental dance company which performed throughout Aichi, Japan. In 1977 she  came to New York City and studied at the Martha Graham School of Contemporary Dance. In the United States  she performed with Kei Takei’s Moving Earth, Ellen Forman’s South Street Dance Company in Philadelphia, and with Anna Halprin at the Sea Ranch Retreat in San Francisco.  Mayumi continues to teach, improvise and choreograph in Matsuyama, Japan. 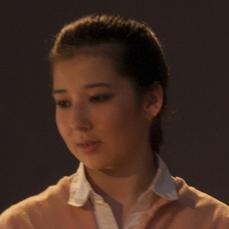 R Sumi Matsumoto originally from Andover, MA, is a freelance dancer.  She received her BFA in Dance with a minor in Computer Science from the University of Michigan in 2015.  Throughout her training, Sumi has performed works by José Limón, Mark Morris, Martha Graham, Doris Humphrey, and Paul Taylor.  She is also a former competitive ballroom dancer, who is now an avid social dancer. 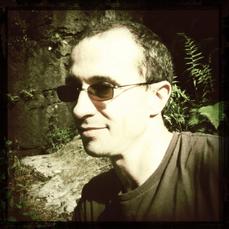 John Nichter (Lighting Designer) has 20 years of Theatrical, Industrial and Residential Lighting Design experience. He has designed lights for dance, musicals, plays, television, corporate venues and live concerts. He has been employed at Rockland Community College Cultural Arts Theater for over 13 years and is currently Technical Manager & Lighting Designer there. He is a licensed Private Pilot and a musician. He resides in Kingston NY. Kayoko Arakawa, MA, BC-DMT is a registered dance/movement therapist. She is Director of the Body Mind Health Center, and she has been developing programs that promote the integration of psychological and somatic approaches to health education since 1995. She gives workshops and lectures on dance/movement therapy training, as well as private sessions and supervision. She has clinical experience with a variety of populations including adults with emotional disturbances, victims of abuse, and adults with mental illnesses, such as senile dementia and schizophrenia. Her work also includes supporting healthy connections between mothers and infants through therapeutic dance/movement exercises. She is certified at the 7th level of workshop study from the Eastwest Somatics Certification program. She is working at two psychiatric hospitals and the day services center for senile dementia groups in Hiroshima. Jake Park was born and raised in New York City, and graduated as an engineer from Columbia University. He studied Lindy Hop with Nathan Bugh and Evita Arce, and has competed with Nathan’s choreography at the International Lindy Hop Championships. He is a member of the Big Apple Lindy Hoppers performing works by Frankie Manning and Ryan Francois, and is an avid social dancer. Mattunyuta Littiplack is originally from Bangkok, Thailand. She was a freelance dance teacher and graduated as a Dance Teacher Certified from Bunditpatanasilpa Institute of Thailand. She began her ballet training at Viphavee Dance School and graduated Advanced in Royal Academy of Dance. She studied street jazz and hip-hop at D-Dance Troupe School, tap and modern jazz at Aree School of Dance Arts in Bangkok. She has performed with Viphavee Dance School and D-Dance School. Emily Winkler-Morey creates art and community as a member of Ollom Movement Arts, an independent choreographer, and a manager of farmer’s markets. Emily has previously choreographed and performed with Janet Aisawa as part of “Generations”.  Emily is agender and uses They pronouns. They are honored to join the cast of this essential and timely work.